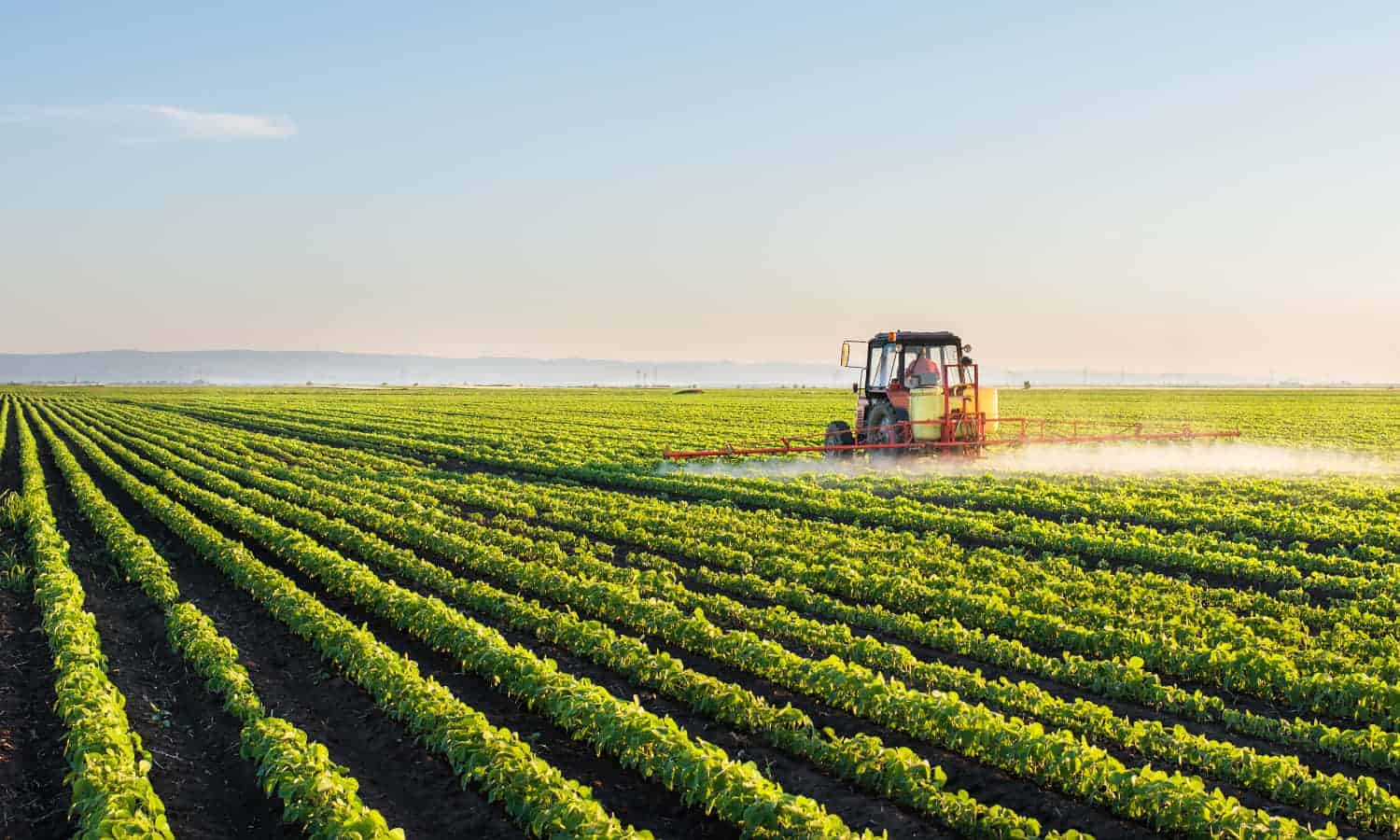 According to the recently published results of the already ninth edition of The Global Food Security Index (GFSI) of The Economist – the British weekly periodical, the Czech Republic placed fifth in the ranking of food availability, quality or safety.

In addition, the ranking, which compared 113 countries this year based on a set of 59 unique indicators, also focused on natural resources, their status or impacts and risks related to climate change.

It was the state of natural resources in the Czech Republic that was evaluated very positively in the index. While the proportion of degraded land in the world is around 20% on average, in our country it is only 6% of the land that is degraded, e.g. eroded or contaminated.

Diversity in local dishes was also evaluated above average. Other strengths (i.e., indicators in which the Czech Republic scored higher than 75 points) included, for example, a very low percentage of people living below the poverty line, agricultural advancement including investment in research and development, or the availability of financial resources and services for farmers.

“Welcome” and “Stop wasting food!” are the two phrases that greet visitors to the Sdílení jídla Praha / Food Sharing Prague Facebook page. The community group, which has been operating for over three years, provides a platform for people to share food, for free, with other Prague residents. The group is easy to use. New users simply create a request, and once accepted, they can start sharing.

The project had a somewhat unlikely beginning at the Edinburgh Fringe Festival in 2017, where group founder, Barbora Hladíková, was working at the time. At the end of the festival, she was ordered to throw away a large amount of surplus food. Reluctant to bin good food that was still edible, Barbora took it home and advertised it on Facebook. 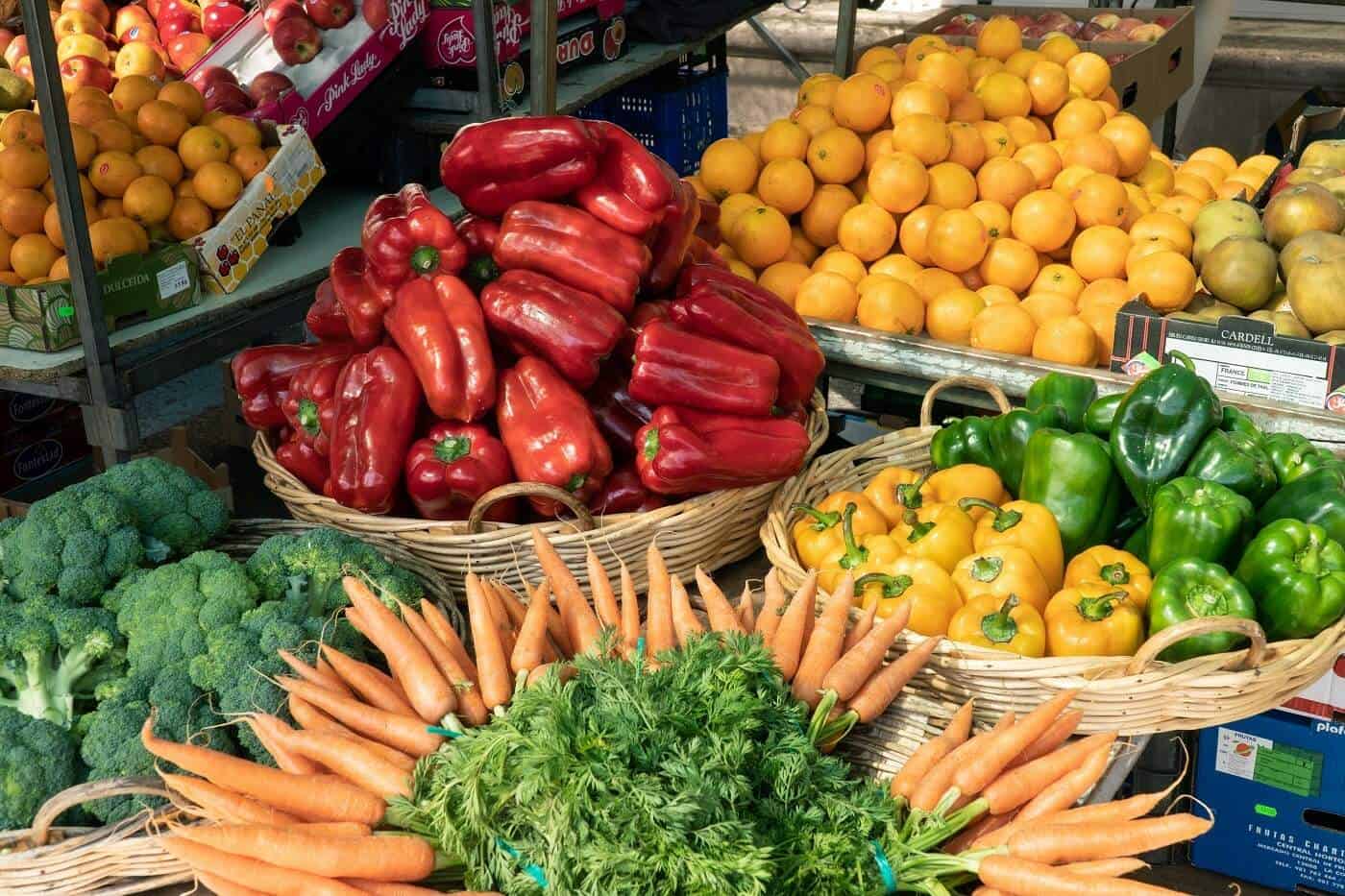 Organic food and beverages should increase to 4% of the total consumption in the Czech Republic by 2027, according to plans by the Ministry of Agriculture to develop organic farming. According to the ministry, the main strategy is to facilitate market access for organic farms, as well as to increase consumer education.

According to the Ministry of Agriculture’s Report on the Organic Food Market in the Czech Republic in 2019, the European organic food market grew by more than 8% last year, reaching 45 billion euros (CZK 1.17 trillion). Denmark had the largest share of organic food (12.1%), followed by Switzerland (10.4%) and Austria (9.3%).Last year, the proportion of organic food consumed in the Czech Republic increased to 1.52 percent of overall consumption. However, this is still less than the 3% target set by the Ministry of Agriculture since 2016.

According to the ministry, agricultural land should account for 22 percent of total acreage by 2027, following the European approach, which calls for 25 percent of land area to be given to agriculture by 2030. The Czech Republic is now ranked seventh in Europe and among the top 20 countries in the world in terms of organic farming land area.

The European Commission has issued another warning to the Czech Republic for failing to follow official control requirements.

As part of Europe’s infringement procedure, the country has received a second reasoned opinion. If an EU country fails to implement EU law, the Commission can take legal action against it.

EU rules have been broken.

The Czech Republic requires pre-notification of food imports on a regular basis. The need to report the arrival of goods from another member state, according to the Commission, should not be systematic and should be confined to what is strictly necessary to organize official controls.

Czech officials have decided to carry out a risk assessment and potential official controls targeting particular foodstuffs originating from another member state each time such goods enter the country. The product or nation are not mentioned in the notice.

Authorities have enacted national legislation requiring operators to report the arrival of certain foodstuffs at the destination at least 24 hours in advance.

The Czech Republic is breaking EU laws on official controls “consistently and systematically,” according to the Commission.

The EU country has two months to implement the supplemental reasoned opinion’s recommendations, or the Commission will send the case to the EU Court of Justice.

After closing 21 sites in January, Czech authorities have advised enterprises to pay more attention to maintenance and hygiene.

It was the most closed establishments in a single month in the last five years. Failure to prevent pests, particularly rats, was the most common reason for establishment closures in 2022. Mouse droppings, food damaged by mice, and, in some cases, dead or live mice were discovered during store inspections.

Meanwhile, the State Veterinary Administration (SVS) assisted in the discovery of more than 300 kg of unidentified animal products at one store in a Prague market.

Over 100 kg of chicken were discovered with no identification or proof of origin. The same problem damaged 75 kg of on-site beef products. Another 80 kg of fishery items were discovered in an unmarked freezer.

The increase in September was the highest since 2008, and it was around 1.7 percentage points greater than the Czech National Bank had predicted. According to the Czech Statistics Agency, the higher cost of housing and transportation had the greatest impact on price increases. The Czech National Bank was forced to boost interest rates by 0.75 percent last month as a result of this.

Jan Bure, Patria Finance’s chief economist, told news site Seznam Zprávy that inflation could slightly reach 6% by the end of the year, citing the rise in energy prices, notably gas, as a factor. Other economists, on the other hand, were slightly more conservative in their predictions.

In general, analysts polled by Seznam Zprávy predicted that inflation would peak in early 2022, following which it would begin to decline.

The phenomena is likely to have an impact on food prices. Agrofert, the country’s largest agricultural producer, has noted a significant increase in the prices of packaging, foils, plastics, wheat, and cooking oils, according to company spokesman Karel Hanzelka. He predicted that Agrofert will be compelled to raise the prices of its products, but he refused to elaborate. According to an Agrofert representative, price increases will be negotiated first with wholesalers.

Meanwhile, Choceská mlékárna, a milk producer, expects to have to hike its pricing next year. According to company director Pavel Marek, the increase would not exceed 10%, but future supermarket margins may raise the final cost paid by consumers even more. He explained that this is due to rising raw material, plastic, paper, aluminum container, and transportation prices.

The impacts of “war inflation” are finally being felt in the Czech economy.Inflation data for March released today by the Czech Statistical Office is the first such data to take the first economic impacts of the war in Ukraine into account; and it doesn’t make for pleasant reading.

In March, Czechia’s annual inflation rate was 12.7 percent. The cost of living increased by 1.7 percent month over month when comparing consumer prices in March to prices the prior month.

Analysts sounded a gloomy note in response to the new figures, suggesting inflation will continue to get worse in the coming months and could top 15 percent this year.

Flour prices have increased by 30.3 percent year over year. Bread and cereal items have witnessed a 1% price hike since February, with steeper increases possible as the repercussions of the war in Ukraine, dubbed the “breadbasket of Europe,” begin to be felt.

Inflation in the energy and fuel industries is responsible for many of these price rises. Greater fuel and energy prices cause higher farm overheads, which means higher end-product costs.

Fruit (2.1 percent), oils and fats (2.8 percent), cheese and curds were among the other noteworthy food price increases month over month (1.3 percent). Vegetables, on the other hand, defied the trend of price increases, with an average price decrease of 1.4 percent from February.

William Nattrass, “These essential products are driving up the cost of living in Czechia”, Expats Cz, 11 April 2022. https://www.expats.cz/czech-news/article/as-war-inflation-bites-which-everyday-items-are-getting-pricier