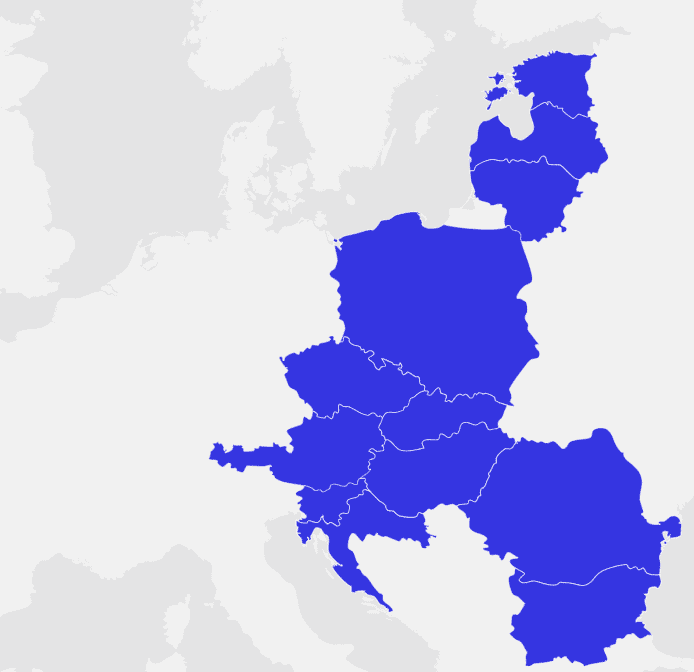 Great enthusiasm after the Three Seas innitiative summit in Tallinn

Yesterday, the three seas summit in Tallinn brought together leaders from both Europe and America. On this occasion, the President of Poland Andrzej Duda and the President of Bulgaria Rumen Radev visited Estonia. Several Eastern and Central European heads of state, the German President Frank-Walter Steinmeier and the United States Secretary of State Mike Pompeo remotely participated in the summit, due to the COVID crisis. The meeting, originally scheduled for June, had already been postponed to the autumn by the pandemic that hit the whole world during the spring, but the leaders where convinced of the importance of holding this meeting in spite of the ongoing crisis due to the major importance of collaboration among states in this critical period.

According to the  President Kersti Kaljulaid, the Three Seas Initiative helps to bring new investments and enables to jointly market this region as the fastest growing region in Europe. “Western Europe is closely interconnected by transport and energy corridors, but there are gaps in the infrastructure connections between the three seas. The aim of the three maritime initiatives is to change this and give a new momentum to Central European region’s economies by developing energy, transport and digital infrastructures”, the Head of State said.

The summit had two parts: a main summit with 12 heads of state or government of the three seas, joined by US Secretary of State Mike Pompeo and European Commission Vice-President Margrethe Vestager, and an “online “forum”, open to all interested parties, discussing the financing of energy, transport and digital infrastructure in the Three Sea regions, and the digitization of the energy and transport sectors. The live broadcast opened a debate among top politicians on the three maritime initiatives and the future of the region, and was moderated by Gideon Rachman of the Financial Times External Editor. 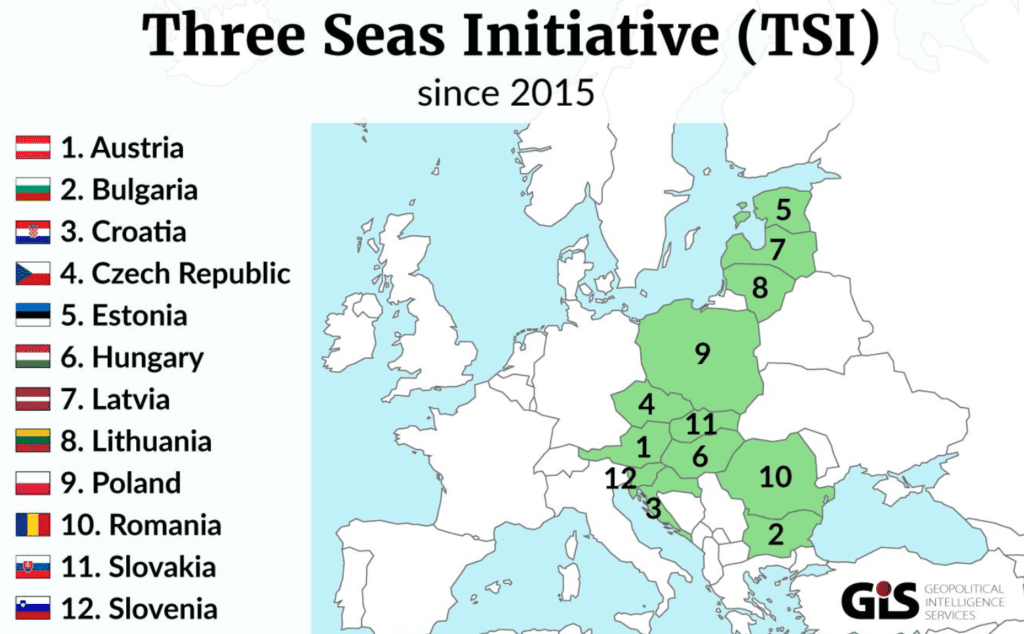 The live broadcast continued with presentations and discussions on the financing of international infrastructure projects, before focusing on smart connectivity. Extra expertise was provided by Google and McKinsey & Company.

The initiative, launched in 2015 under the leadership of the Croatian President Kolinda Grabar-Kitarović and the Polish President Andrzej Duda, is a form of cooperation at the level of Central and Eastern European presidents aimed at reviving the economies of the countries in the region. The central backbone of the cooperation is the recognition that countries that have long been behind the Iron Curtain have historically had a strong deficit in infrastructure investment, which is estimated by various international organizations to reach EUR 1.15 trillion.

The initiative promotes cooperation, in particular for the development of infrastructure in Energy, Transport and digital sectors. The objectives of this cooperation are economic growth, the well-being of the population and increasing European competitiveness, as well as energy security and an energy market based on open competition, and the achievement of climate goals through smart investment.

The cooperation between the three seas is based on a list of priority infrastructure projects in the region which was adopted at the 2018 Romanian summit. The list includes a total of 48 priority projects. In Estonia, the list includes, for example, Rail Baltic, Via Baltica, Paldiski LNG terminal and Energisalve pumped storage station.

Yesterday, in addition to the Member States, the Polish Development Bank announced its decision to contribute to the fund. The United States also confirmed that they are making good progress towards a plan to deliver a sum of up to $ 1 billion.

Smartly developed environmentally friendly infrastructure was also at the center of the discussions yesterday. At Monday’s web forum, Estonia presented a comprehensive report on the opportunities and challenges of smart connectivity for the three seas, accompanied by concrete proposals on how to move forward and strengthen its position as a digital leader in the European Union.

Furthermore, an interactive progress report on important infrastructure projects in the sectors of energy, transport and digital was prepared, which is a tangible result of last year’s discussions and cooperation.

Up-to-date information on more than 70 projects is already readily available online to all potential private investors – and most importantly, to the three maritime investment funds – for feasibility studies of possible investment plans.

In spite of the restrictions due to the COVID crisis and the fact that most members had to attend digitally, all representatives agreed to say this years’ summit’s performance was of high quality.

The Polish President Andrzej Duda did not hide his strong optimism for the future: “I would like us to continue and develop this cooperation, which not so long ago used to be limited either between Poland and Hungary or between Poland and Lithuania. I think we have great prospects in these happy, peaceful times, as we have been living in free, independent, sovereign states for over 30 years. For us Poles, when we look deeper into our history, this is the greatest opportunity in history since the 17th century. It may be hard to believe, but it is true: the last time Poland had such strength as it has today was in the 17th century, and it is our great task to take advantage of this opportunity”. (source: Do Rzeczy)

After the summit, BGK’s chairman Beata Daszyńska-Muzyczka informed us that from now on, Poland will invest about EUR 750 million in the project through the BGK bank, increasing its share by nearly EUR 250 million.

Estonia has many reasons to be satisfied with its performance as a host this year. This summit was a great achievement and it gave all the necessary conditions for the initiative to keep its momentum towards success. 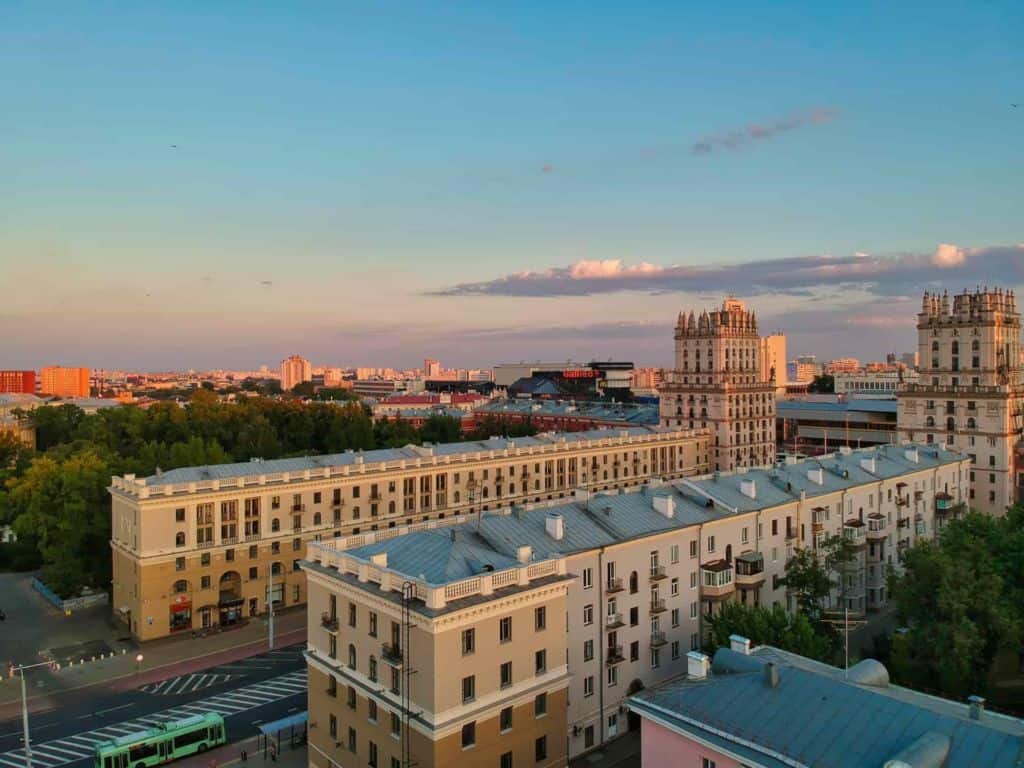