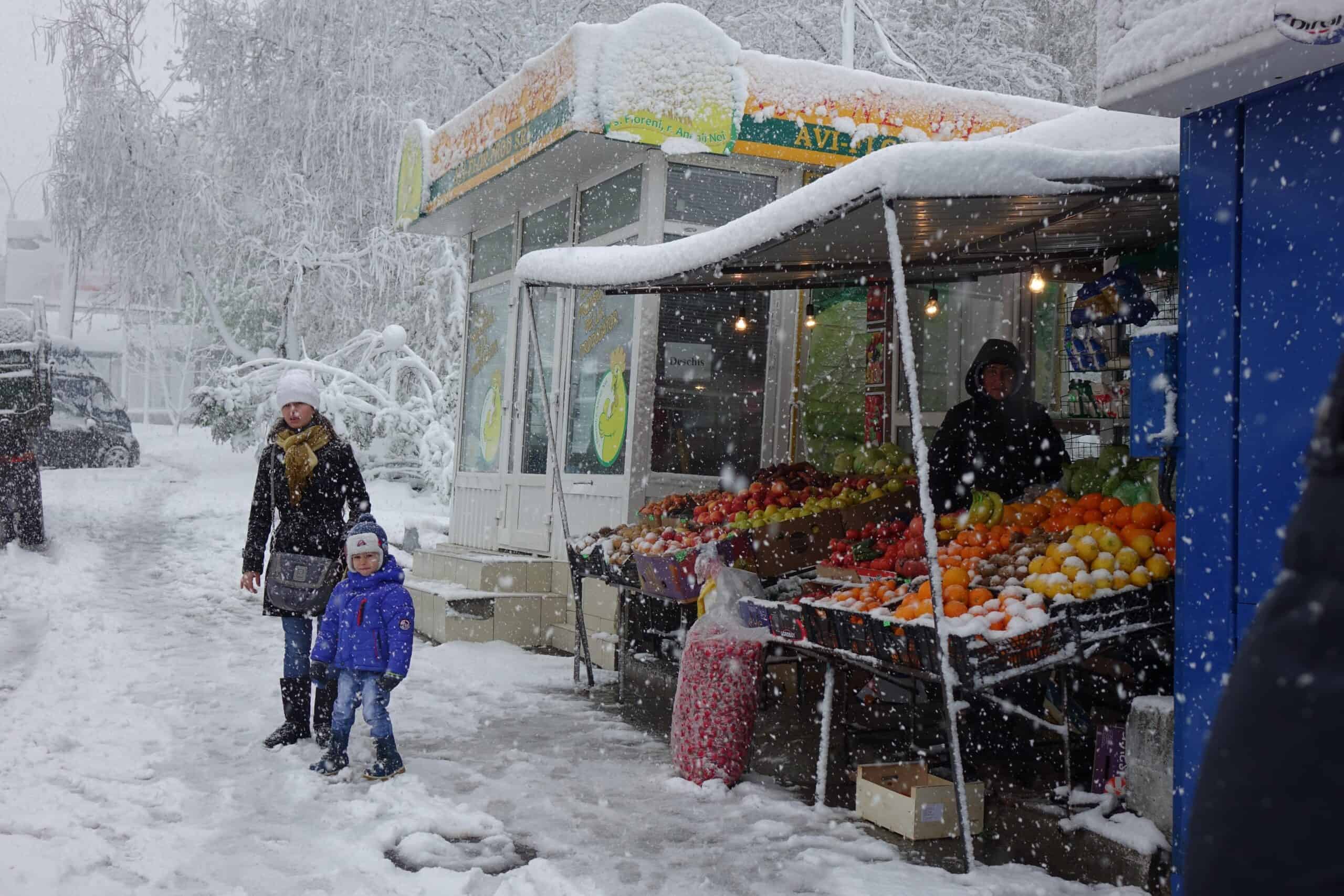 The Republic of Moldova, with a population of 3.6 million and the capital city of Chisinau, is located in eastern Europe adjacent to the north-eastern Balkans. The country encompasses 33,844 square kilometers and is bordered on the north, east, and south by Ukraine, and on the west by the Prut River and Romania. Transnistria, a strip of land between the Dniester River and the eastern Moldovan border with Ukraine, is only recognized by three non-United Nations (UN).

The energy economy of Moldova heavily depends on imports of electricity and gas. Natural gas-fired combined heat and electricity power plants account for less than twenty percent of the nation’s yearly electricity production. The only hydroelectric plant in Moldova is the Costesti Hydropower Plant. Moldavskaya GRES (MGRES) provides the majority of the remaining 80 percent of energy in the separatist area of Transnistria. Ukraine is also a supplier of electricity to Moldova. Moldova’s natural gas use is virtually entirely dependent on imports from Russia. MGRES transforms Russian natural gas into electricity for sale on the right bank. The nation’s energy independence ranks among the lowest in the world.[1]

Moldova has pledged to execute the reforms outlined in the European Union’s Third Energy Package, a set of laws established in 2009 that aims to create integrated and competitive natural gas and power markets. Moldova reformed and largely privatized its energy distribution network, including Premier Energy, a private corporation that controls 70 percent of the country’s electric distribution system, as part of the reforms. The government intends to privatize the remaining state-owned electric distribution and supply firms, RED Nord S.A. and FEE Nord S.A. 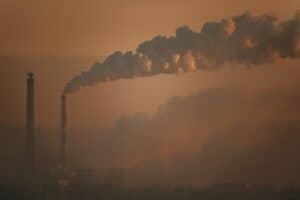 Opportunities through cooperation and diversification

Moldova’s energy security is a top priority. For high-voltage hookups between Moldova and Romania, a back-to-back station is required. The majority of these projects are funded by international financial institutions, such as the World Bank, the European Bank for Reconstruction and Development (EBRD), and the European Investment Bank (EIB). For synchronous connectivity with Moldova and Ukraine to ENSTO-E, more infrastructure investments and upgrades are required. There is also the possibility of Development Finance Corporation support.

Implementation of the Third Energy Package in the gas sector will create prospects for the supply and trading of natural gas from alternative sources in Western Europe or in the countries of Romania and Ukraine. Increasing energy costs and Moldova’s initiatives to diversify its gas and electricity sources present an opportunity for alternative energy suppliers.

Moldova and Romania collaborated to construct an HVDC back-to-back (B2B) interconnector station and transmission lines, allowing Moldova to physically link with the Romanian grid and gain access to the Romanian and, by extension, European electricity markets. On March 16, 2022, Moldova linked concurrently with Ukraine to the European Network of Transmission System Operators (ENTSO-E).

Moldova continues to make progress on unbundling Moldovagaz, the vertically integrated natural gas monopoly, in order to meet the objectives of the Third Energy Package. Transgaz of Romania finished the Ungheni-Chisinau Pipeline in 2021. This allows Moldova to diversify its gas supplies further.[2] In October 2021, the first gas supplies from other sources became available. According to the Moldovan administration, the project has contributed to the improvement of energy security and the strengthening of commercial ties between the two nations.

The government is also investigating potential to facilitate commercial natural gas commerce via “reverse flow” (both physical and virtual) through the Trans-Balkan pipeline on Moldovan territory, which might position the nation as a transit hub.

In addition, Romania wishes to increase its natural gas exports to Ukraine and Moldova. A new interconnector in Greece, which has been operational since 8 July 2022, makes this possible. During his state visit, Romanian Prime Minister Nicolae Ciucă revealed his plan to deliver gas to Moldova and Ukraine via the Greek-Bulgarian interconnector (IGB). This is due to the fact that the interconnector enables gas to be forwarded via the BRUA (Bulgaria, Romania, Hungary, and Austria)[3] pipeline, which is partially in place, towards Romania and Bulgaria and represents an important link between the Caucasus supply plants and the pipelines in the Balkans and the rest of South-Eastern Europe.

Romania and Moldova cooperate in numerous energy supply areas. However, Moldova’s situation has worsened as it remains uncertain whether Gazprom will continue to provide the country with natural gas. A comparable alternative to Russian gas might significantly improve Moldova’s negotiation position. Moldova must negotiate gas supply for August as Gazprom avoids examining Moldova’s debt obligations, as negotiations with the Russian provider remain problematic. While the implementation of the infrastructure for the gas pipeline to Moldova via Romania is conceivable, more gas connections will be required in the future to feed Ukraine.

As a result of soaring prices and suspicions that Russian gas will totally be shut off, Moldova faces a difficult winter, according to its prime minister.

“All of Europe anticipates a rough winter, but Moldova’s situation is far more dire. While several European nations continue to be partially dependent on Russian gas, Moldova is completely dependent. And there is a possibility that Gazprom would unilaterally terminate the deal.” – PM Natalia Gavrilita stated[4]

The assistant to the Ukrainian president, Mihailo Podolyak, stated that Ukraine will offer additional electricity if the gas-powered Cuciurgan power plant in Moldova’s separatist region of Transnistria is shut down.

Currently, 67 percent of Moldova’s electricity comes from the Cuciurgan plant, while 33 percent is supplied directly from Ukraine. As for gas, Moldova has already stored 35 million cubic metres of natural gas in Romania, enough for approximately ten days, which could be transported via the Iasi-Ungheni-Chisinau pipeline.

Minister of Infrastructure and Regional Development Andrei Spinu cautioned[5] that if Russia ceases gas exports, the territory of Transnistria supported by Moscow will be impacted as it would be forced to purchase gas at the market price and pay in advance.

Transnistria, an area on the left bank of the Dniester River with a de facto population of no more than 350,000 people, is economically dependent on Russian gas. Russia has issued passports to around 220,000 citizens of Transnistria and has peacekeeping soldiers stationed there.

In the meantime, Romania shipped the first tanks of fuel oil to replenish Moldova’s stockpile on September 26. According to Spinu, thermoelectric power facilities in Moldova will continue to rely heavily on fuel oil.

In recent weeks, leaders from Chisinau have been campaigning in Bucharest to guarantee gas supplies from Romania in the event that Gazprom turns off the faucet.

According to Vadim Ceban, director of Moldovagaz, Russia’s Gazprom reduced natural gas shipments to Moldova by approximately 30 percent on October 1.

The deputy prime minister stated, in response to journalists’ concerns about the possibility of purchasing gas from other sources, including shale gas, that: “The price is the root of the problem. There are opportunities to purchase gas from alternate sources. The issue, though, is the price. The current cheapest price is stipulated in the contract between Moldovagaz and Gazprom” Spinu stated.[6]

Even though there was a new pre-paid contract signed in September[7], Gazprom stated that there are technical reasons for the drop in gas supply volumes, in response to questioning from journalists. 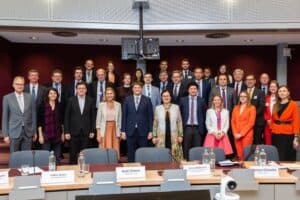 On 23 June 2022, Moldova officially became candidate for European Union membership after the bloc’s 27 heads of state unanimously approved the status during a summit in Brussels.[8] This is a symbolic remark of EU solidarity with the country and a cooperation intent that goes far back this date.

Moldova has had a number of exogenous energy crises, such as the one in 2009, when the European Commission activated its Community Mechanism for Civil Protection to assist the local population affected by the gas outage during the political dispute between Ukraine and the Russian Federation.[9]

On 30 June 2022, the EU and the Republic of Moldova convened their second High-Level Energy Dialogue. As a result of Russia’s aggression against Ukraine, collaboration and partnership on energy matters have strengthened during the past few months. The discussions establish the direction and pace for future cooperation on energy security and connectivity, energy market reforms, and technical and financial assistance to reduce the negative effects of high energy prices on vulnerable customers. With the assistance of a 300-million-euro credit program from the European Bank for Reconstruction and Development.[10]

“Following the EU Leaders’ recent decision to grant the Republic of Moldova, alongside Ukraine, the EU candidate country status, our relations have taken on a new dimension. We are already working closely together on energy issues, but we will strengthen our partnership further and prepare the Moldovan energy system for its European future.” – Said Commissioner for Energy Kadri Simson